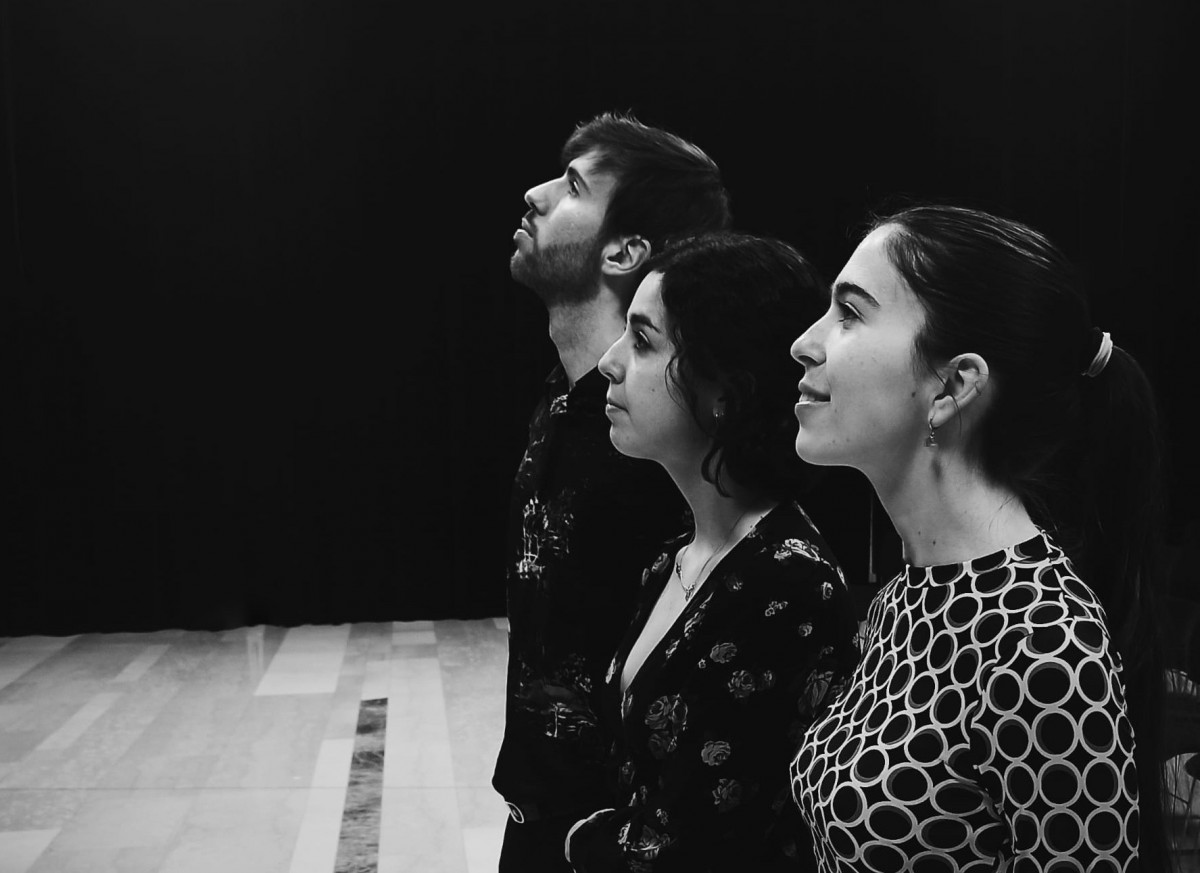 Irene Palencia (1999) started studying piano with Prof. Javier Cembellín in Jacinto Guerrero Conservatory in Toledo (Spain), in which she finished with honors in Piano. In 2017 she started Bachelor in Piano at Royal Conservatory of Music in Madrid with Dr. Elena Orobio, which she finished in 2021. At the same time, she is studying Bachelor in Hispanic Philology at Universidad Complutense de Madrid, which she is finishing now with excellent marks. Nowadays, she is studying Master at the Liszt Academy in Budapest with Dr. Péter Nagy. She has been given piano advice by great pianists such as Boris Berman, Claudio Martínez-Mehner, Yejin Gil, András Kemenes, Kennedy Moretti, Adam Kent, Efrem Briskin, Andrejz Pikul and Giovanni Bellucci.

In 2015 she gave a Spanish music piano recital in Piano Mora Klavierhaus in Passau (Germany). In 2017 she received Erasmus+ scholarship in Warsaw, where she took piano and chamber music lessons at Karol Szymanowski Academy in Katowice. Also, she has performed in National Auditorium of Music (Madrid) with orchestra, and solo piano and chamber music in Müpa Budapest, Nádor Terem (Budapest), International Music Festival (Burgos), Real Academia de Bellas Artes de San Fernando (Madrid), Matadero Madrid Cultural Hall, Music and Patrimony Days (Toledo), Teatro de Rojas and “El Greco” Auditory (Toledo). She has also taken an active part in Momentum Toledo Association since 2016 until now, which allows her to participate as a musician in cultural activites involving music and other arts.

Javier de Diego was born in Madrid, Spain in 1999. He completed his pre- Bachelor studies with Honors in Piano and Chamber music, studying with Xabier Sukía. Simultaneously, he got his pre-Bachelor degree in Viola in 2018.
He has recently finished with Honors his Bachelor in Piano Performance at the Royal Conservatory of Music of Madrid, having studied with professors Ana Guijarro and Patrín García-Barredo and chamber music with Graham Jackson. In the 2019-20 academic year, he was given an Erasmus+ Scholarship with which he studied at HMDK Stuttgart with Professor Moritz Winkelmann. From the 2021/2022 academic year, he is completing a Master of Arts at the Liszt Academy of Music in Budapest with András Kemenes and Péter Nagy.

Throughout these years he has been prizewinner of some competitions (Jesús de Monasterio, Linares) and he has performed solo and chamber music recitals in prestigious venues in Spain, including Auditorio Nacional de Música de Madrid or Real Academia de Bellas Artes de San Fernando, and also in Germany and Hungary. He has received classes from great teachers, such as Eldar Nebolsin, Claudio Martínez-Mehner, Kristian Bezuidenhout, Kennedy Moretti or Josep Colom. In May 2021, he was awarded a Scholarship by the Internationale Musikakademie in Liechtenstein to participate in masterclasses by Professor Milana Chernyavska.

Andrea Vilar López (1997) is a Galician pianist. After finishing her studies in the Lugo Conservatory, she studied a degree in Piano Performance at Escola Superior de Música de Catalunya (ESMUC) in Barcelona with the teacher Jordi Camell, ending with honors. During that time she was awarded with the Extraordinary Prize given by the Government of her region.

After that, she improved her piano skills in Madrid with the teacher Kennedy Moretti for one year. At the same time, she completed a Master in Musical Research at the Valencia International University (VIU). Currently, she is studying in the Liszt Ferenc Academy in Budapest, with the maestro András Kemenes.
During her studies, she has taken chamber music lessons from renowned musicians such as members of quartet Casals, quartet Quiroga or the clarinetist Pascal Moragués, among others. In 2018 she formed a Lied Duo called “Liliak” with the basque soprano Maite Arciniega. Both have played in different venues around Spain and were awarded in the Piano Meeting Festival 2019. Moreover, she has collaborated on stage with a lot of performers, standing out the great musicians Erica Wise and Elena Rey.

Her skills are strongly based on the knowledge of different maestros she had masterclasses with. Especially Pierre Laurent Aimard, Rita Wagner, Eldar Nebolsin and Cibrán Sierra. Nowadays she's very interested in new concert forms in which she can create a conection between the public and what happens on stage. 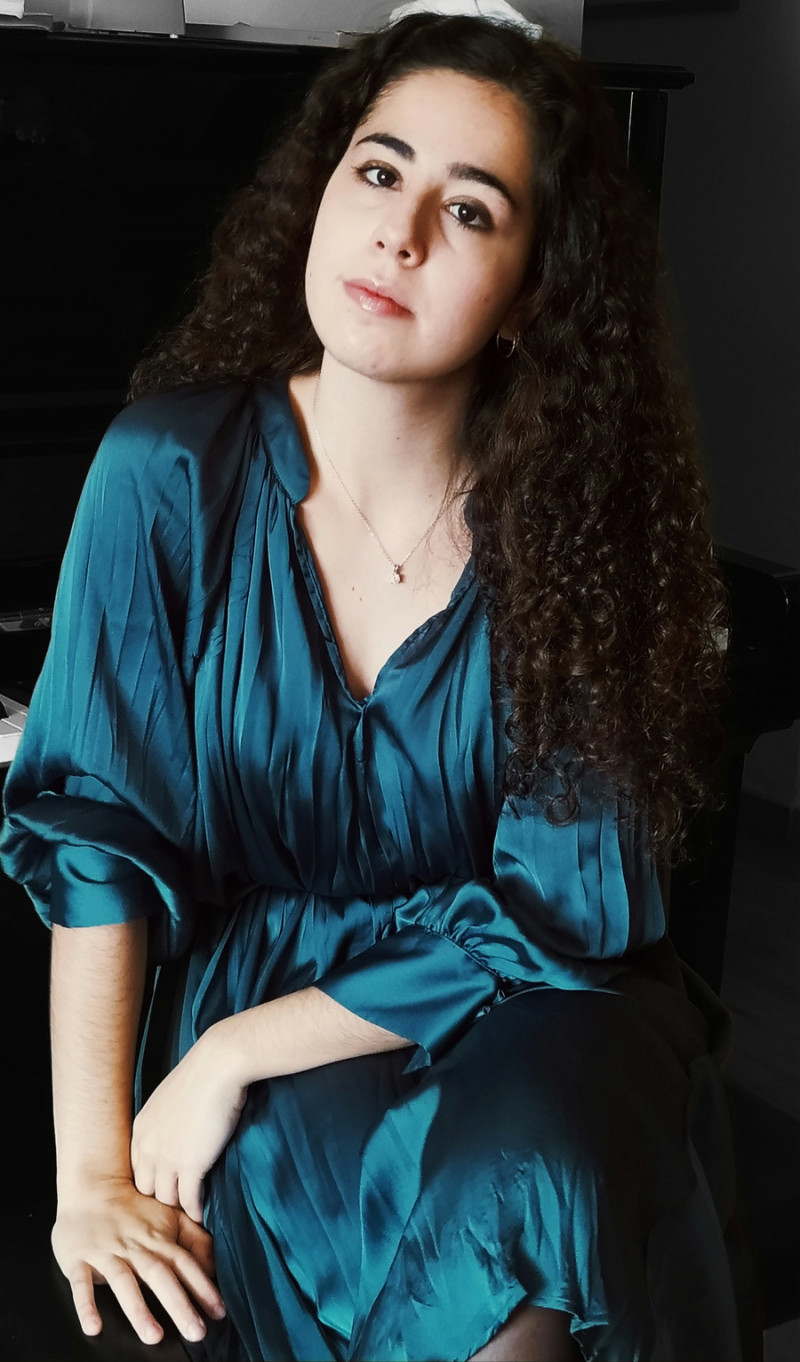