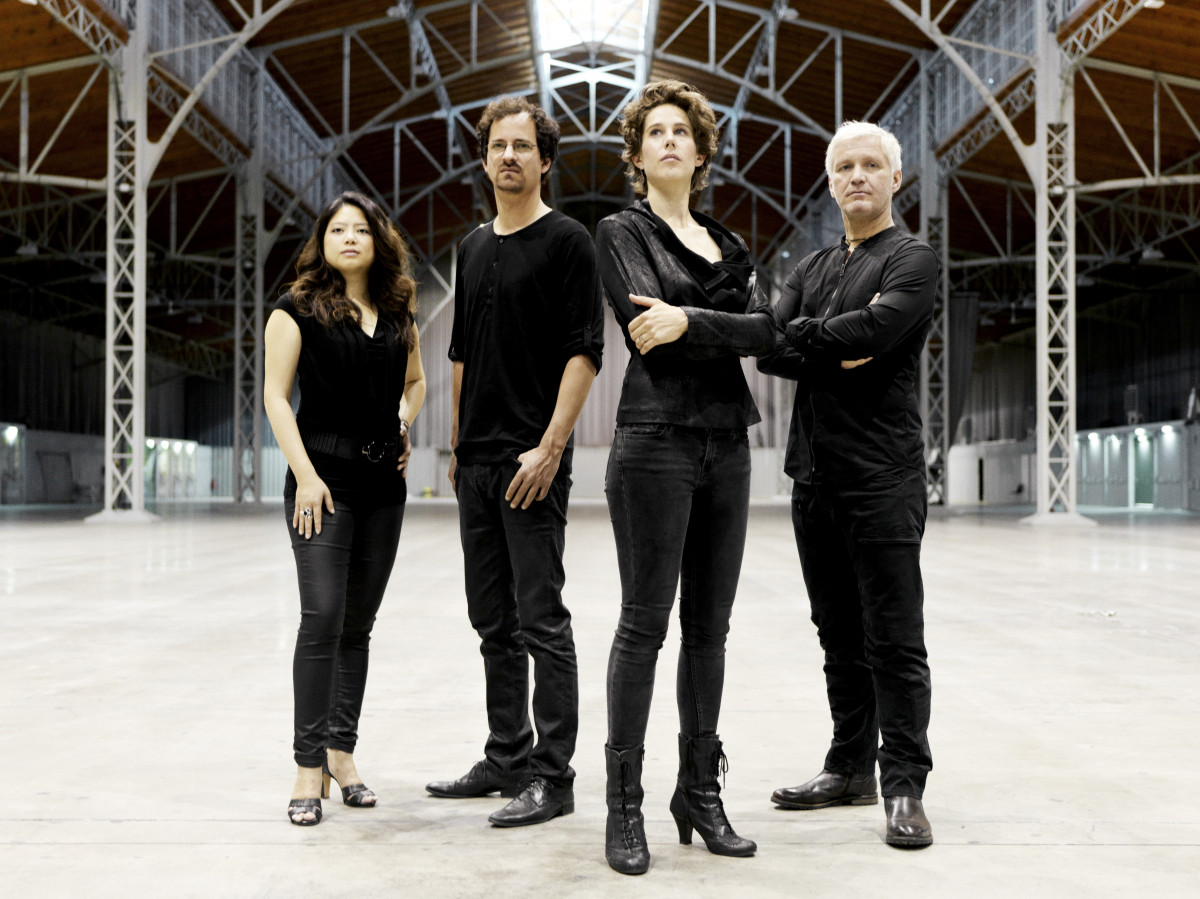 Two violins, a viola, a cello and the human voice is all they need. Two Austrians, a Taiwanese and a Dutch, radio.string.quartet describe their new work as some “CrossoverJazzClassicPopFusionRockNewMusicElectronic” thing. A rather intricate monstrosity of a word. For better understanding, they are also citing the names of artists who have inspired them in recent years: Nine Inch Nails, Franz Schubert, Feist, e.s.t., Arvo Pärt, Bugge Wesseltoft & Sidsel Endresen.

Since they devoted themselves to the work of John McLaughlin’s Mahavishnu Orchestra and Weather Report, radio.string.quartet have gained a peerless reputation. The Viennese foursome are setting the bar high. For good reason: Wesseltoft, the Norwegian NuJazz pioneer, has co-produced their new album In Between Silence. The album was recorded live in the studio and further enriched with samples and overdubs. The use of vocals widens their horizon considerably, a first for the quartet. Berlin Techno DJ Henrik Schwarz is featured on one recording; mix and mastering were in the able hands of Jazzland-Mastermind Ulf Holand (Nils Petter Molvær).

“There was a great longing for beauty and tranquility in us,” violinist Bernie Mallinger says about the gentle spark that ignited songwriting for their sixth album. In Between Silence shows great dynamics, a fearlessness concerning the use of experiments and wondrous sounds, while preserving catchy melodies. They set most personal stories to music; Mallinger describes their art as screenplays, realized in musical images.

The calm before the beginning and the silence after the end – what happens in the interim? In Between Silence can be heard as the musical equivalent of the cycle of human existence. In the words of radio.string.quartet: “We play the song of life, full of chaos, energy and beauty.”

Tickets are available for 1800 HUF on the spot,
online at jegy.hu, and at InterTicket Jegypont partners across Hungary.