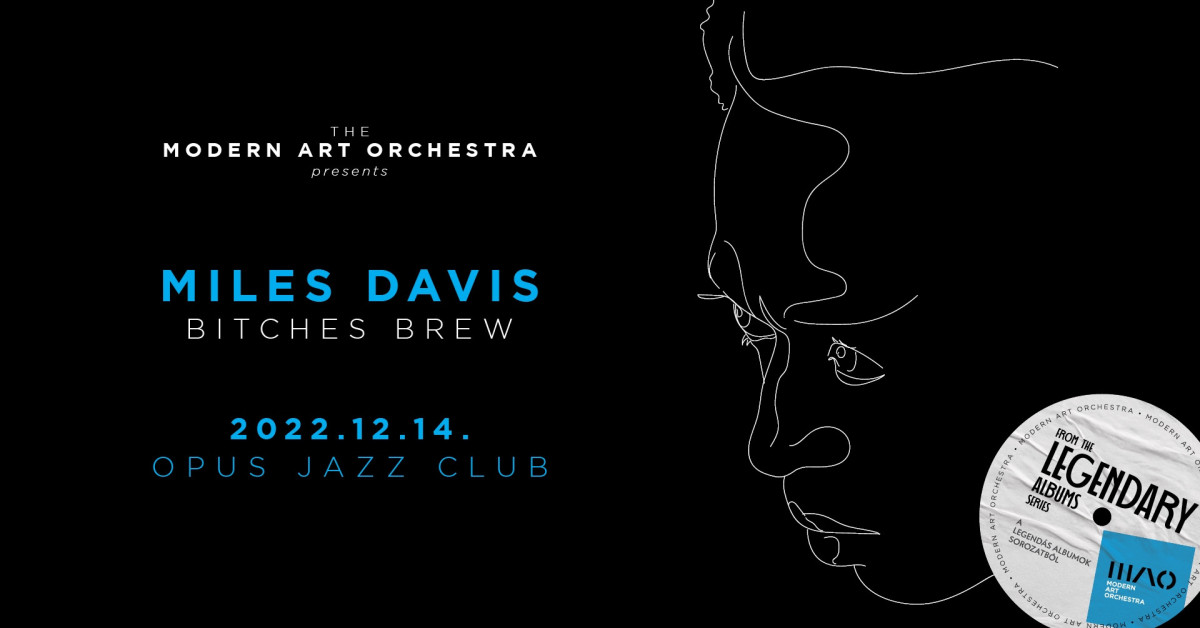 Modern Art Orchestra’s Legendary Albums series presents the most important and unique albums of jazz literature, performed by MAO. By learning and playing these compositions and arrangements, the musicians are paying tribute to the jazz legends and are undergoing an intense process of musical improvement. The band absorbs the material of the original recordings, sticking to the arrangements, forms and compositional features. As improvisation is the blood of jazz, solos are invented by the players at the moment. Due to the respect shown towards the original conceptions of the legendary composers and the level of craftsmanship known from Modern Art Orchestra, the Legendary Albums series both brings you the essence of jazz tradition and guarantees a fresh musical experience.

"August of 1969 marked Miles Davis’ boldest venture yet into undiscovered country. This time there was no more holding back, no more tentative experimentation, no more walking on eggshells. The album that emerged, Bitches Brew, was groundbreaking…" - Paul Tingen

Bitches Brew came out in 1970 on the Columbia Records label. Being a historical jazz album in the truest sense, it hit the music scene like an asteroid. Group leader and legendary trumpetist Miles Davis, a genius of inventing revolutionary concepts, did not only divide his audience into two distinctive groups, but also invited a new group of interest, while proving and finalizing the position of instrumental jazz-rock fusion in the music history with Bitches Brew.

Ferocity, curiosity, love, playfulness, pain and beauty fuel the mesmerizing grooves of Bitches Brew. It was awarded a Grammy for Best Large Jazz Ensemble Album in 1971. It is a remarkable challenge to learn and perform this album’s material. Modern Art Orchestra’s creative workshop is preparing this wonderful album for the upcoming concert of the Legendary Albums series. Don’t miss it!

2-person season tickets for 4 concerts are available for 20.000 HUF on the spot and online at bmc.jegy.hu/seasonticket.