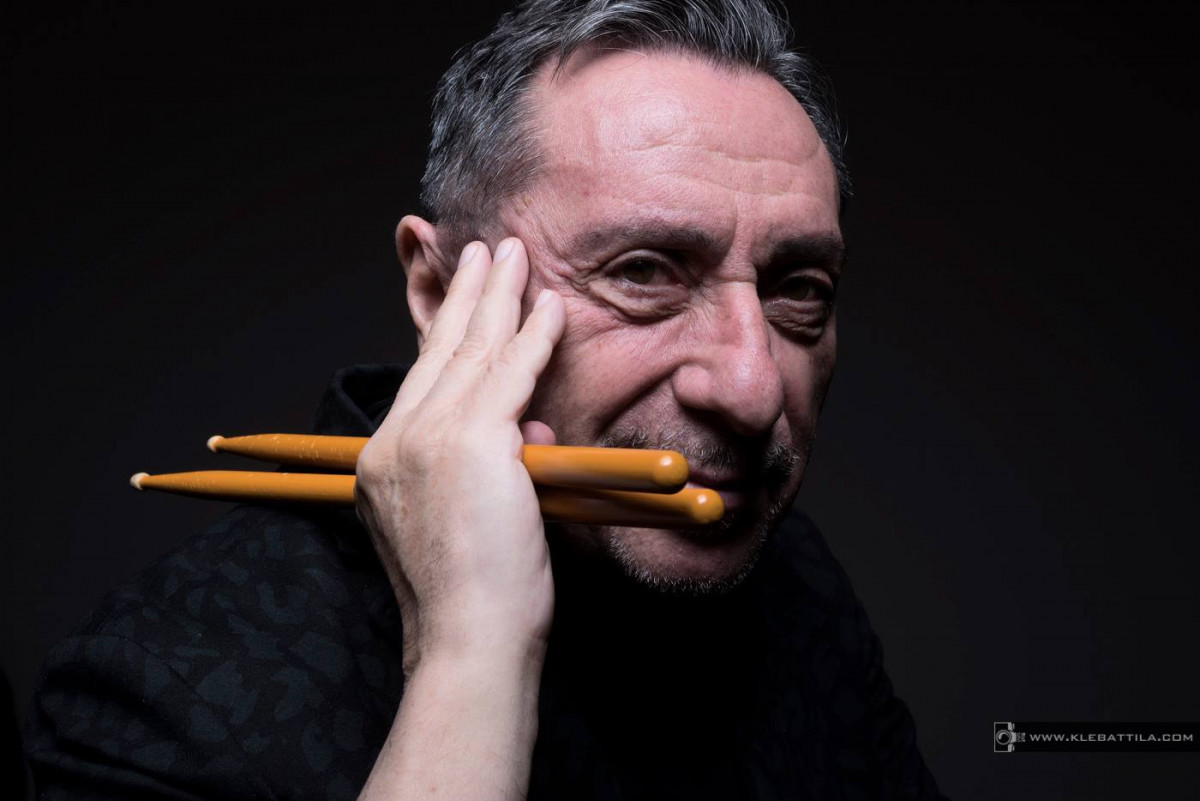 Imre Kőszegi belongs to the first generation of musicians in Hungary who were allowed to approach modern jazz as a self-contained genre, independent of entertaining dance music. His playing was most influenced by bebop and free jazz. A self-taught artist, he is one of the most important drummers and teachers in the Hungarian jazz scene, with a career spanning now more than six decades, having played with such Hungarian and foreign stars as Aladár Pege and Dezső Lakatos “Ablakos”, Jenő Balogh “Csibe”, György Vukán, Béla Szakcsi Lakatos, Gusztáv Csík, Frank Zappa, Teddy Wilson, Kenny Wheeler, Art Farmer, Frank Foster, Charlie Mariano, Steve Grossman, Gary Bartz, Lew Tabackin, Trilok Gurtu or Michael “Patches” Stewart. Throughout his career, he has performed in the most important concert halls, festivals and clubs in Europe and Hungary and has received a series of awards. A living legend of Hungarian jazz, he is still very active today, often playing with younger musicians, whom he consciously chooses to renew his formations and pass on his experience. This time, he brings the first band bearing his name.