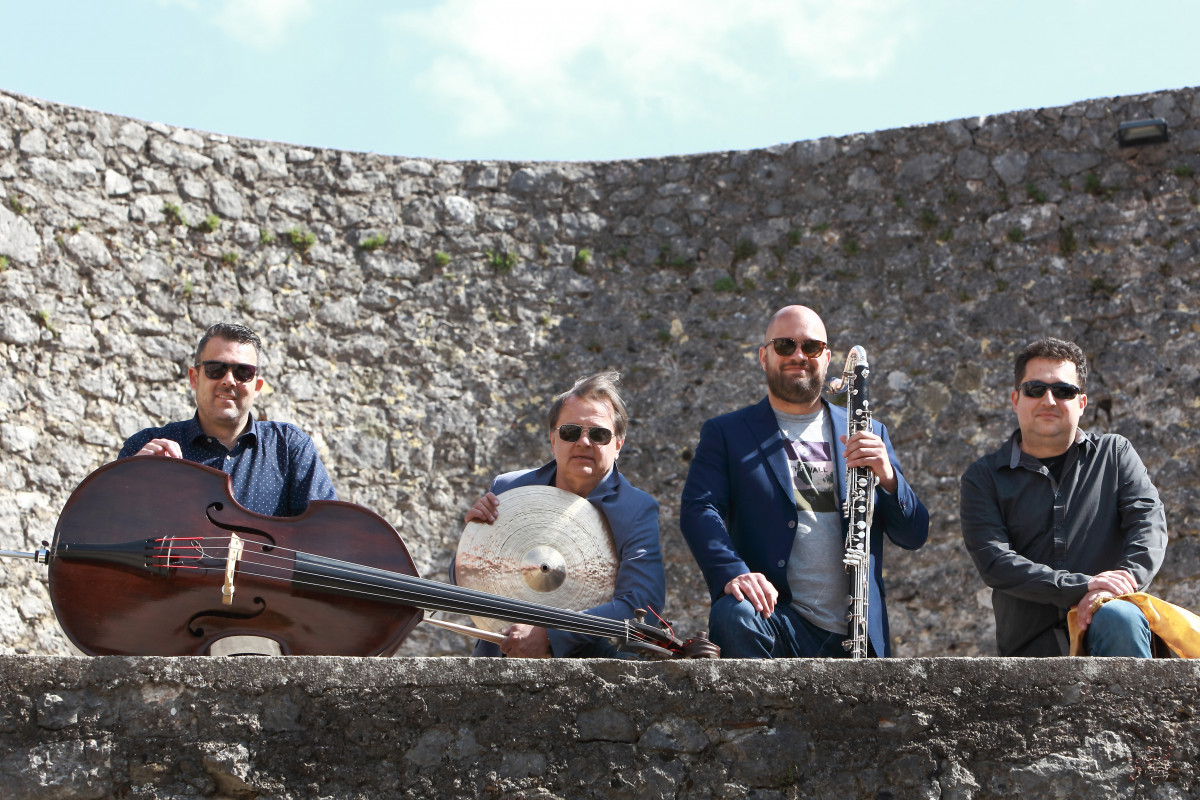 The project by the quirky name of GIIPUJA, which stands for (translated from Croatian) Music of Istra and the Croatian Littoral in Jazz Arrangements, has been bringing modern jazz with a distinct ethno flavour to Croatian and regional audiences since 2013. The peculiar line-up, consisting of double bass, drums, bass clarinet, violin and various traditional instruments from the Istra region, combines traditional and modern instruments which, with the absence of usual harmonic layers, make for a strikingly original and unique sound. Their repertoire is an amalgam of original compositions, traditional Istrian tunes and the ones written by other composers who championed this particular musical idiom. At times, they embrace harsh dissonance, fueled by the interplay of narrow intervals characteristic for the Istrian scale, whilst at other times they succeed in creating a jubilant atmosphere using the same compositional and improvisational principles. The quartet does not function in a traditional manner – each instrument has its own autonomy and importance which radiates at various points during the performance. The end result is a striking synergy of tradition and modernity.