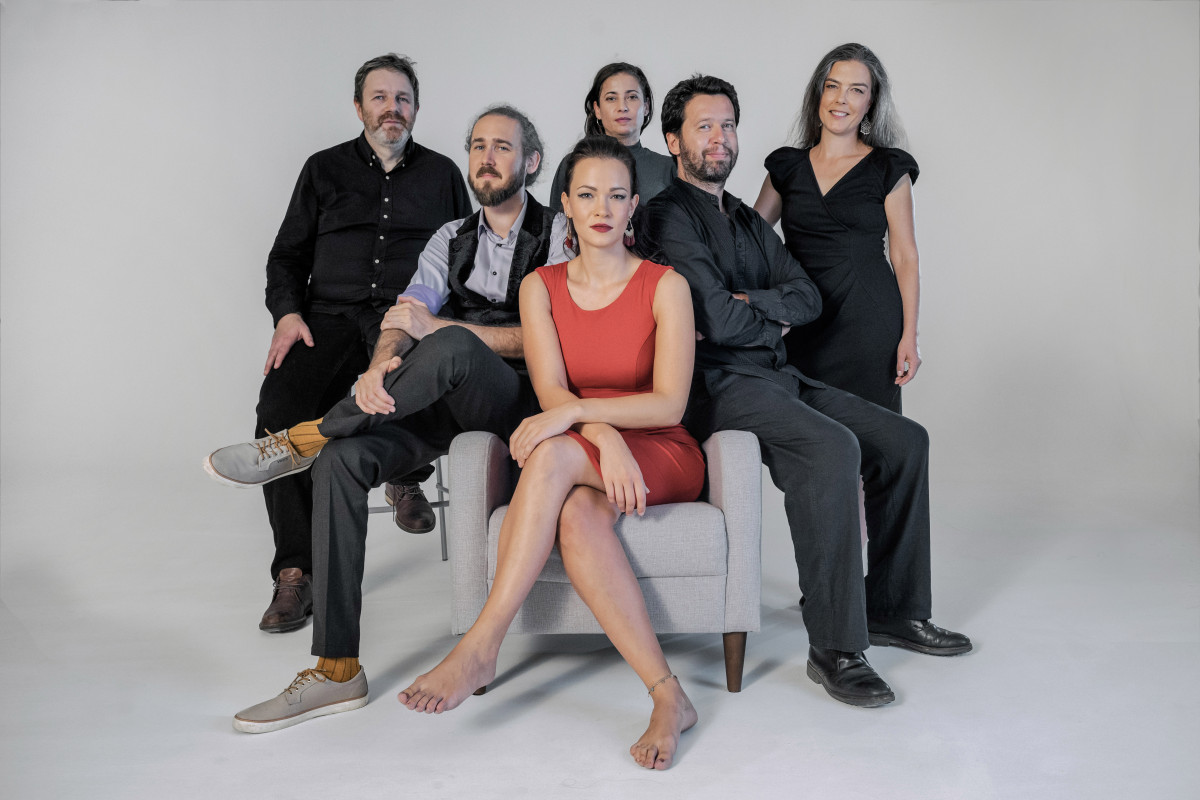 Gallery tickets will be available on the spot even if the online ticketing system tells you that the show is sold out.
Please order your drinks downstairs at the bar if you are seated on the gallery.

Chalga is the kind of music that would be heard from an imaginary Kuruc military camp in the late 1600s on a night after a successful siege, with a couple of rock, jazz, and seventies funk records mixed in the loot. The band uses Balkan and Hungarian folk music unscrupulously. It might as well be pop music, like the original Bulgarian chalga, if they had a regular 4/4 song that could be danced by everyone. But fortunately the band has its eyes on something much more complex.

Chalga's history dates back to the mid-2000s. After numerous festival performances and two CDs ('Sabir', 2006; 'Erdő, erdő' 2010), the band went on a hiatus. They reactivated in 2018: significantly transformed, leaving the Middle Eastern rhythm section behind, playing music that's more fresh and less folky. The band's members are well known musicians from the Hungarian rock, jazz, folk and world music scenes. Their fresh start is marked by the 2019 EP '... három, négy, öt' which features old and new songs to symbolize the transition. The band is currently working on their new album.