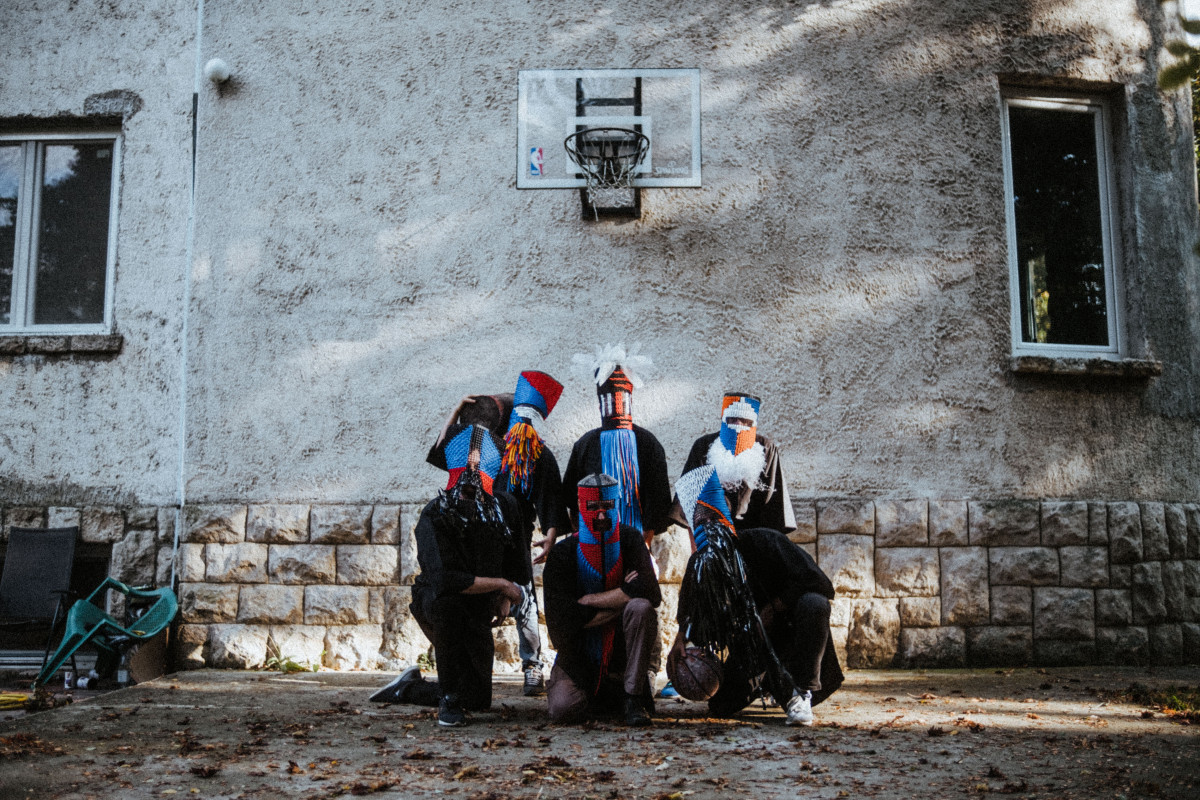 Inspired by non-European traditional musics, non-tempered tuning systems, psychedelic ritual performances and the legendary Jon Hassell's Fourth World music, Budapest based Decolonize Your Mind Society was founded by Nicolas Jaar’s Other People label and Opal Tapes affiliate Bálint Szabó Gosheven as a natural continuation of his creative focus and work. The band has an absolutely unique sounding thanks to the special instruments they use like the glissotar wind instrument or the refretted just intonation guitar, not to mention the retunable analog synthesizer that further expands their mind blowing musical planet. They float in a hazy no man’s land between microtonal psychedelic rock, avant-garde, jazz and experimental music. Just intonation music needs new approaches, new instruments and their effort on their debut record seems quite extraordinary. On Anabatic Prism they tried to celebrate life through the sheer joy of playing together and they wanted to present these extremely colourful tunes to the public as a reminder that there is always a bright side of this amazing magical universe.

"It's the same kind of healing through sound that Decolonize Your Mind Society are aiming for on this irresistible debut - and exactly what the world needs right now." (The Wire, Daniel Spicer)

"NYC’s 75 Dollar Bill is a useful reference for Balint Szabo’s guitar groove, but the ensemble playing fills out the picture over a wide horizon ... [their music] travels far on a pulse of Can, spiritual jazz and resonant folkloric melodies."

"Modern Marrocco’s sound moved somewhere in the ‘70s of European psychedelic period of Don Cherry’s with a lot of twisted synth … organic heavy kraut-rock sound which can enhance the experience adding a new layer of beauty for each audition – a psychedelic ritual performance." (George Staicu, Muzica De Vest)

Album of the month by The Attic