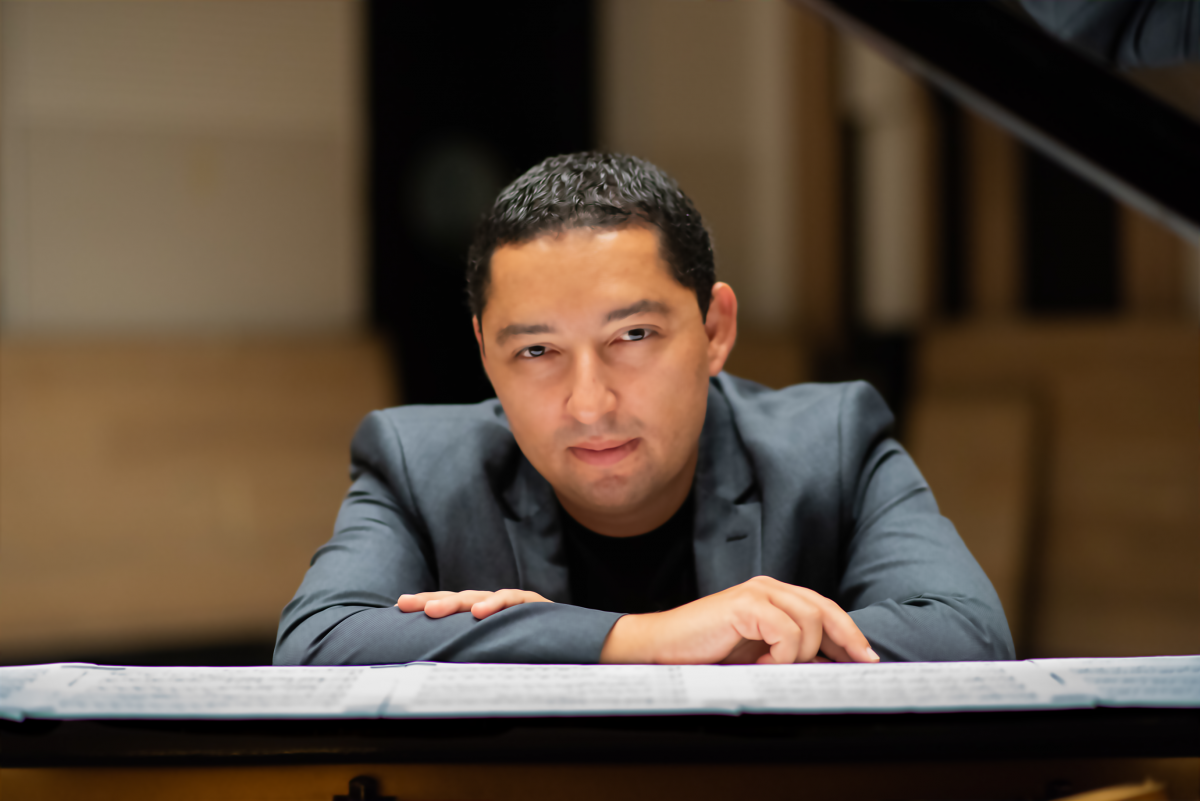 József Balog has given over a thousand solo and chamber concerts in more than twenty-five countries on three continents. He likes to play lesser-known masterpieces, as well as contemporary and jazz-inspired classical music. He has collaborated with such eminent conductors as Gilbert Varga, Zoltán Kocsis and Kristjan Järvi. In 2005, his first solo record won the Grand Prix of the Franz Liszt Society, and in June 2015, his Transcendental Études became CD of the Month on allmusic.com. In 2018 he was awarded the Liszt Prize and in 2019 the Lajtha Prize.

In the first half of the concert, he will play the works of György Ligeti, Arnold Schönberg, Joaquín Rodrigo, Ahmed Adnan Saygun, and Pierre Boulez; the second half is dedicated to László Vidovszky’s Death of Schroeder, a cultic piece that presents the performer with extreme technical challenges. Two composers, Máté Balogh and Marcell Dargay will lend a hand to take care of the prepared piano.

This concert of the CAFe Budapest Contemporary Arts Festival is presented by Müpa Budapest.

Tickets are available for 2000 HUF at cafebudapestfest.hu.