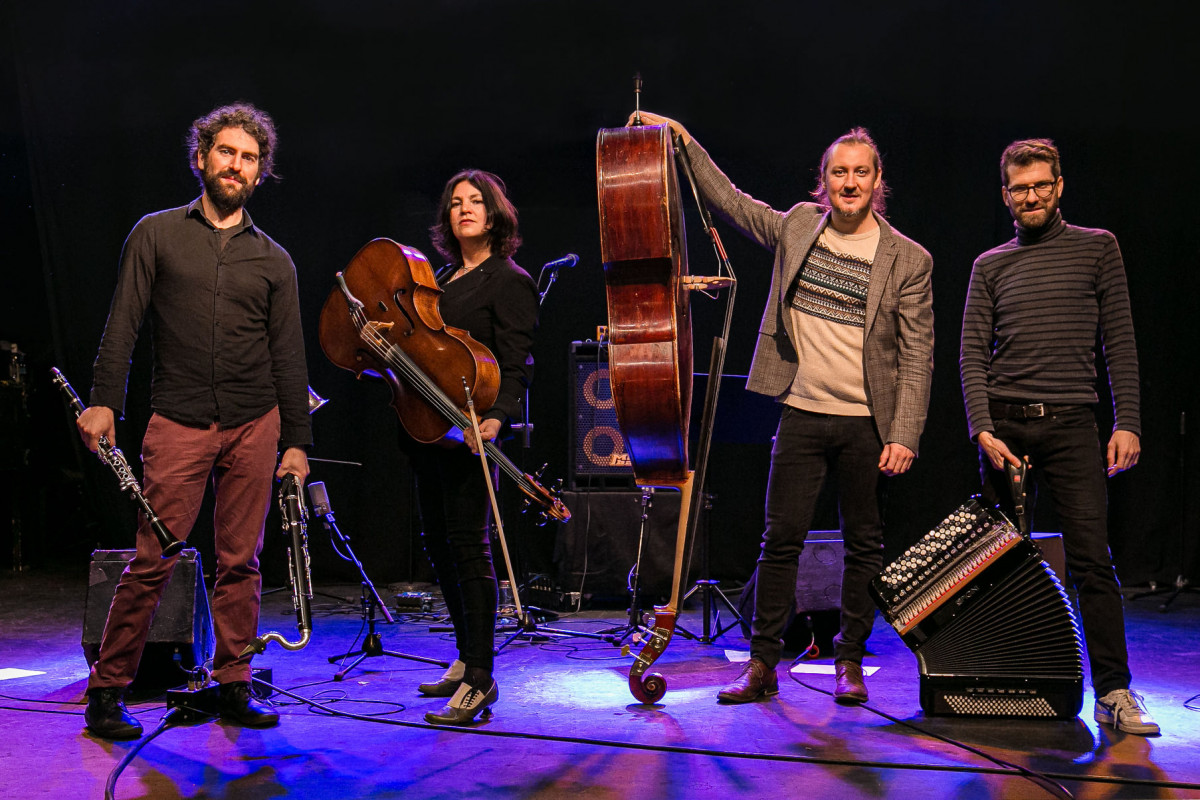 Roman Britschgi is someone who is always looking after musical diversity in his projects. Focusing only on one genre is not the thing of the Swiss born double bassist, he rather strives to gap different genres and styles. His musical language has many roots: klezmer, jazz, world music, chamber music, classical music. One can never define his projects accurately, but this should not bother, as it is what makes him so exciting and unmistakable.

In his new project entitled M O T O (it. movement) - which will be performed at the Opus Jazz Club too - Britschgi goes even one step further and leaves his ancient artistic area. Together with Melissa Coleman (cello, sounds), Oscar Antolí (clarinet, kaval, voice) and Christian Bakanic (accordion) the bassist, who by the way is engaged with sculpture too, is striving to find the joint essence of music, fine arts and architecture. The program is made up of thoroughly composed songs, improvisations and compositions of his band members. The collective title of the improvisations is: Perspectives. 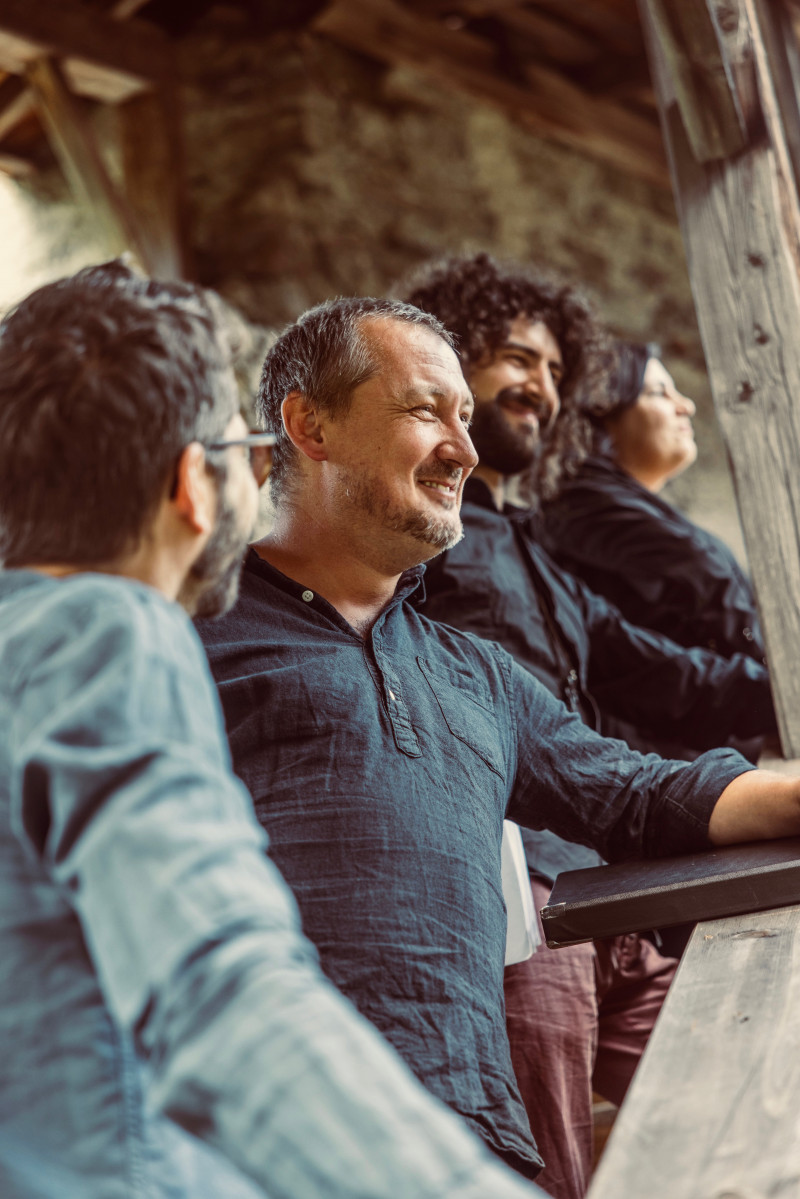